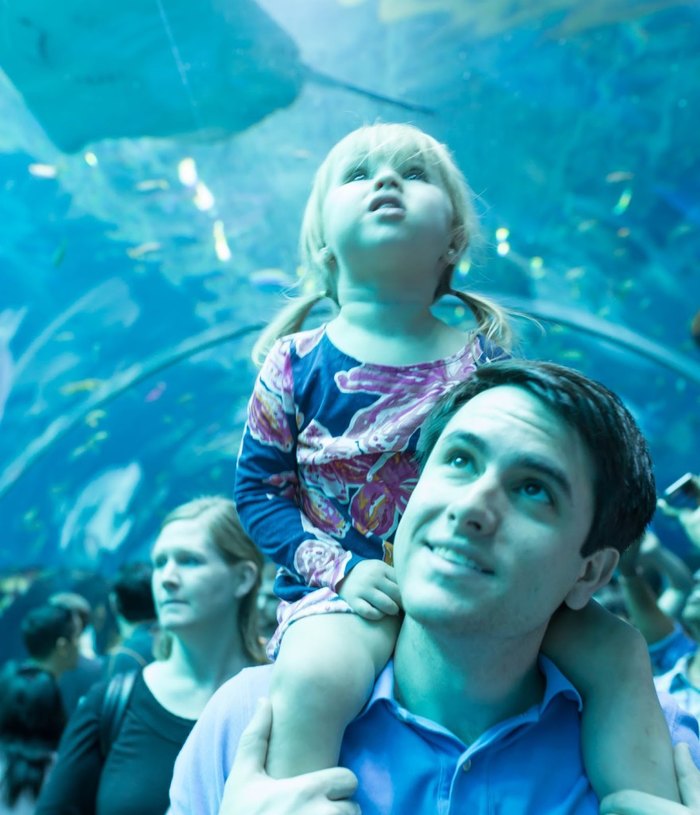 Does anyone else live for the weekends? Seriously 2 whole days with daddy… does it get better? That’s how Maddie Grace sees it at least. Since daddy is her best friend weekends are just heaven for her. 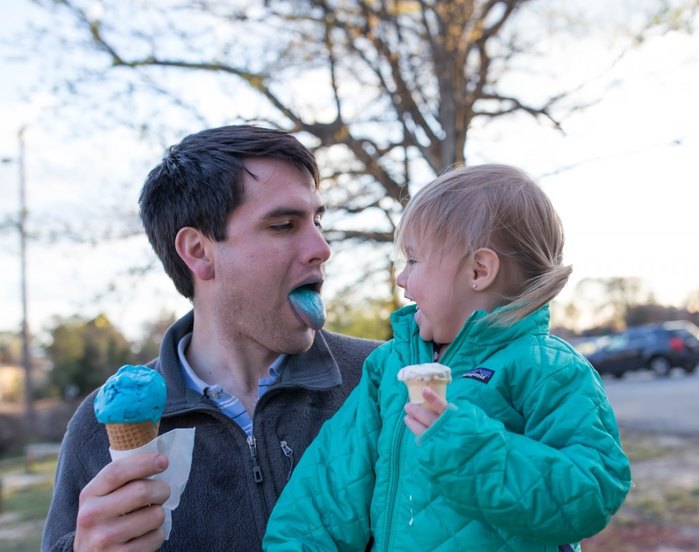 Saturday we decided on a day at the aquarium and invited my brother along. The Georgia Aquarium is always fun, even when it’s completely packed like it was Saturday. And there was one especially funny moment There was a guy talking about the fishes in front of a rather large crowd in the big tank room. Several kids were running around so MG of course wanted to chase them. But then she ran up to the tank, started pointing at the different fishes, and talking to the crowd. It was hilarious, but then the guy actually telling everyone about the fish seemed to get annoyed so I grabbed her, she started screaming, and we ran out quickly. 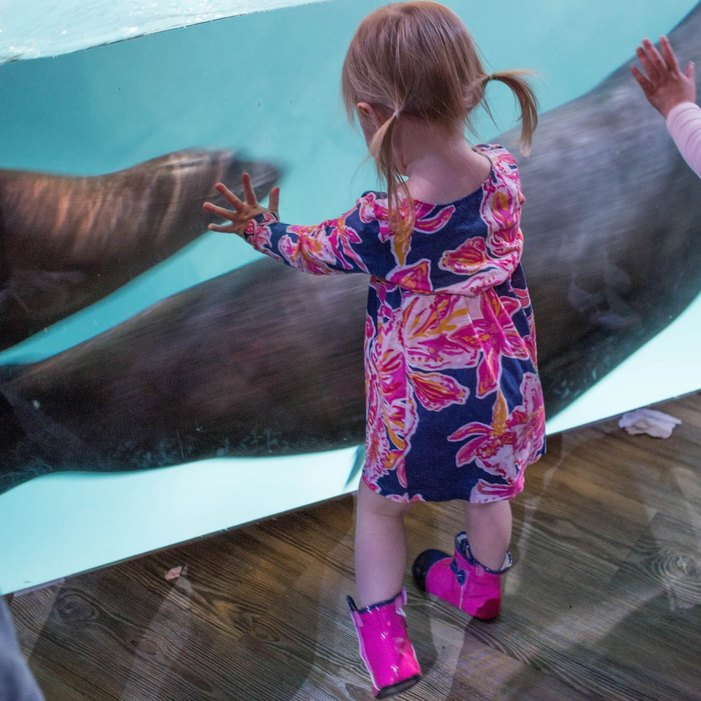 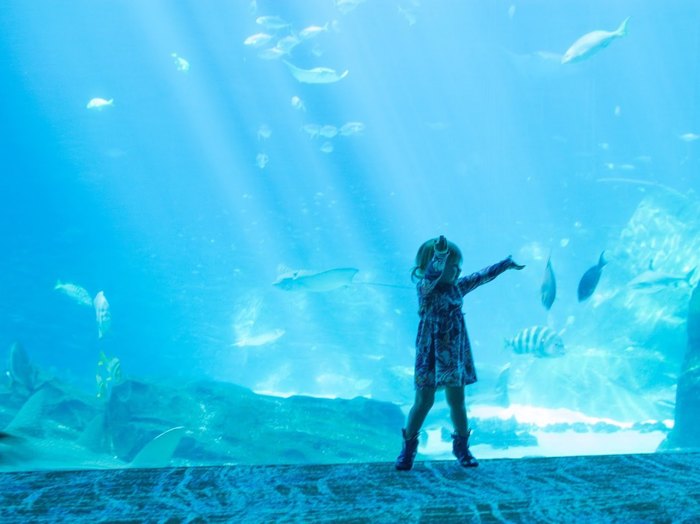 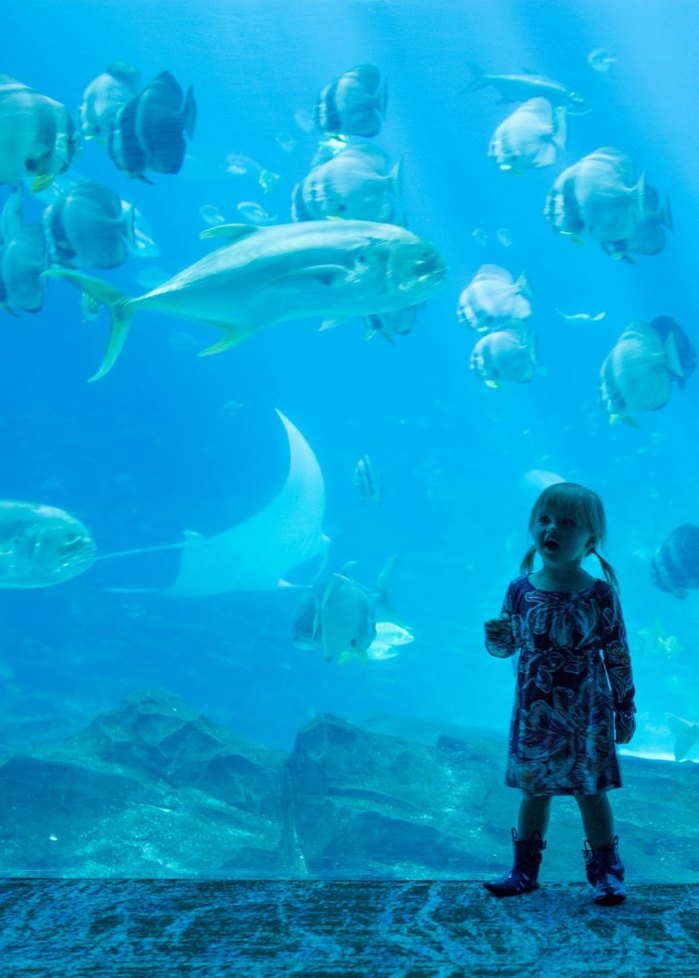 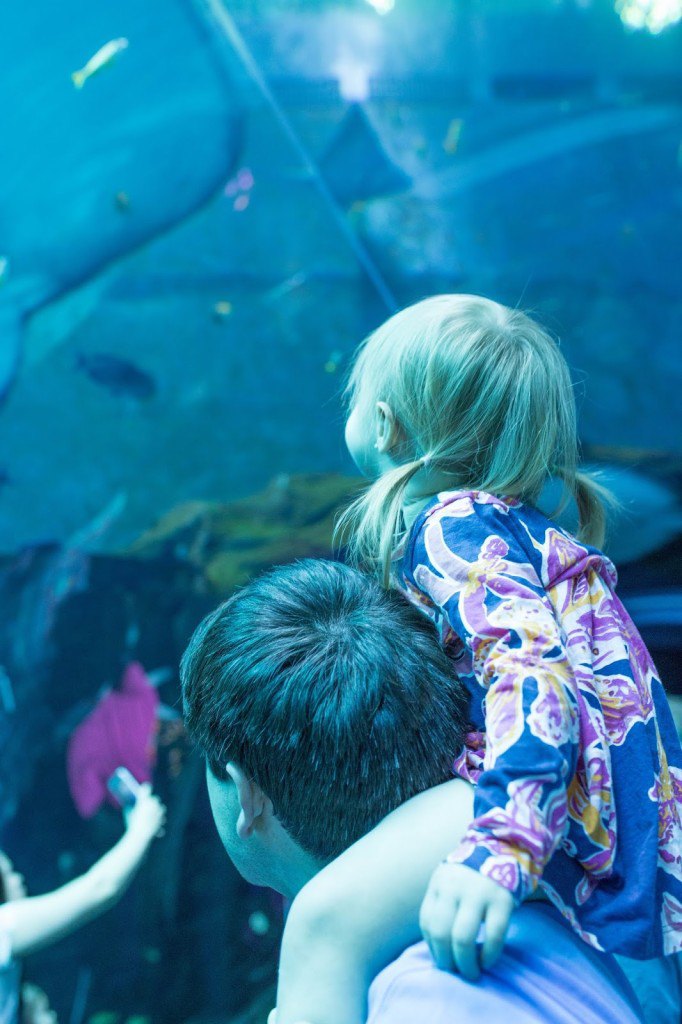 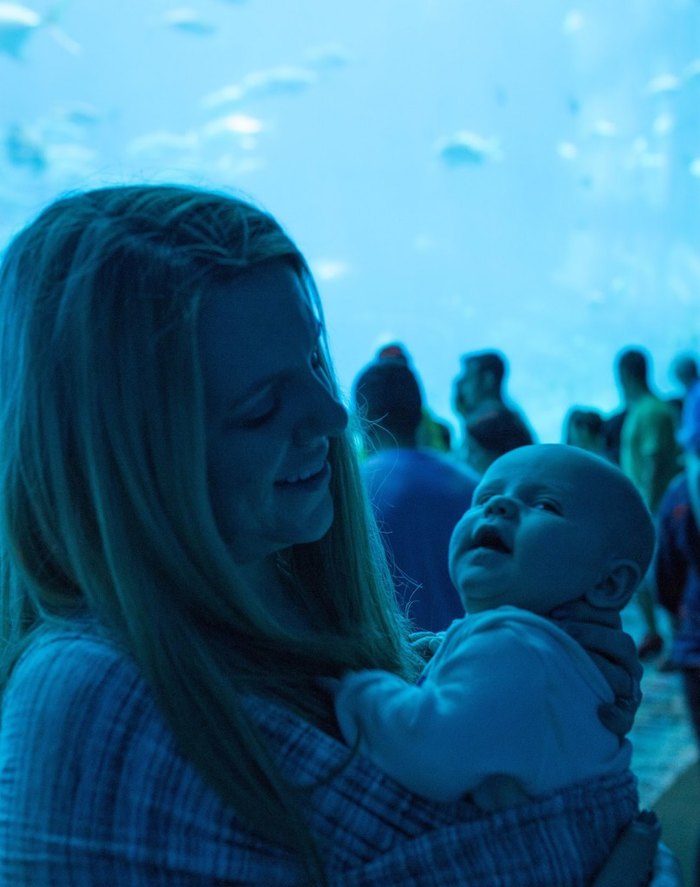 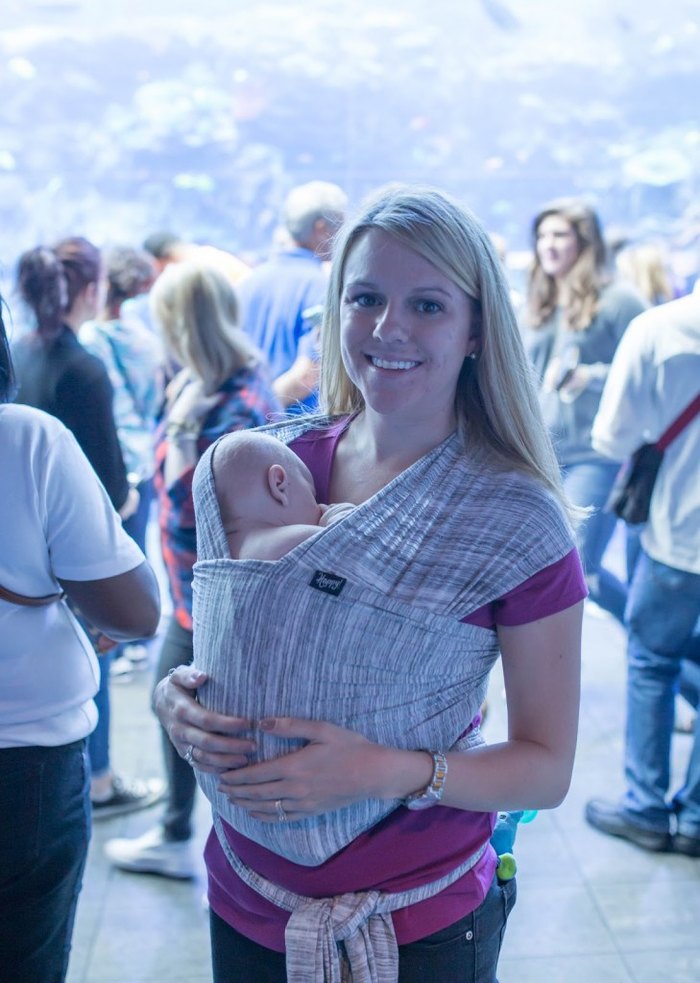 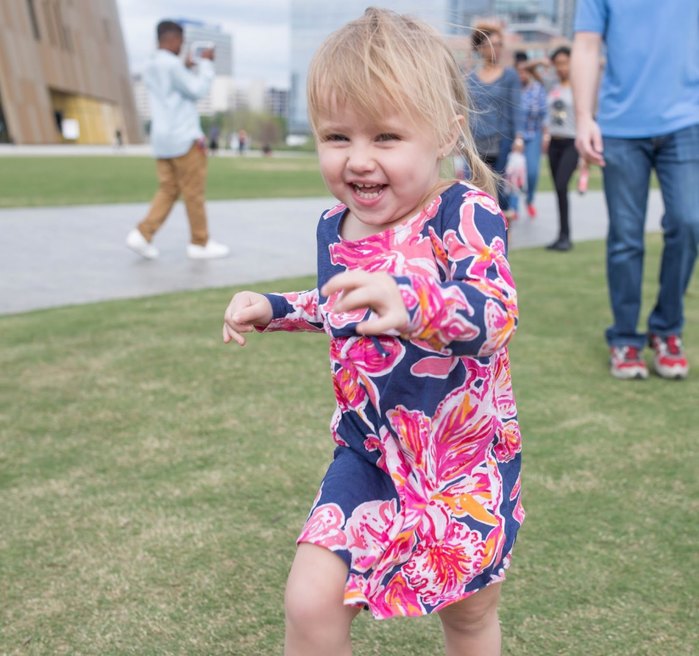 After the aquarium we went to our favorite Malaysian restaurant (side note: how cool is it that we live in a place where we can have a favorite Malaysian restaurant?) and then Maddie Grace specifically requested that we go to the airplane (“eepeen”) park and since neither Tom or my brother had been I thought it was a good idea. This park is so cool – it’s a playground right next to the takeoff/landing strip of a small airport close to where we live. So the kids play and watch the airplanes take off and land. And it’s not just kids – there are plenty of adults who show up and sit on the bleachers just to watch the planes. I think my brother and Tom might have liked the park even more than MG did – Tom said multiple times how he couldn’t wait to go back. 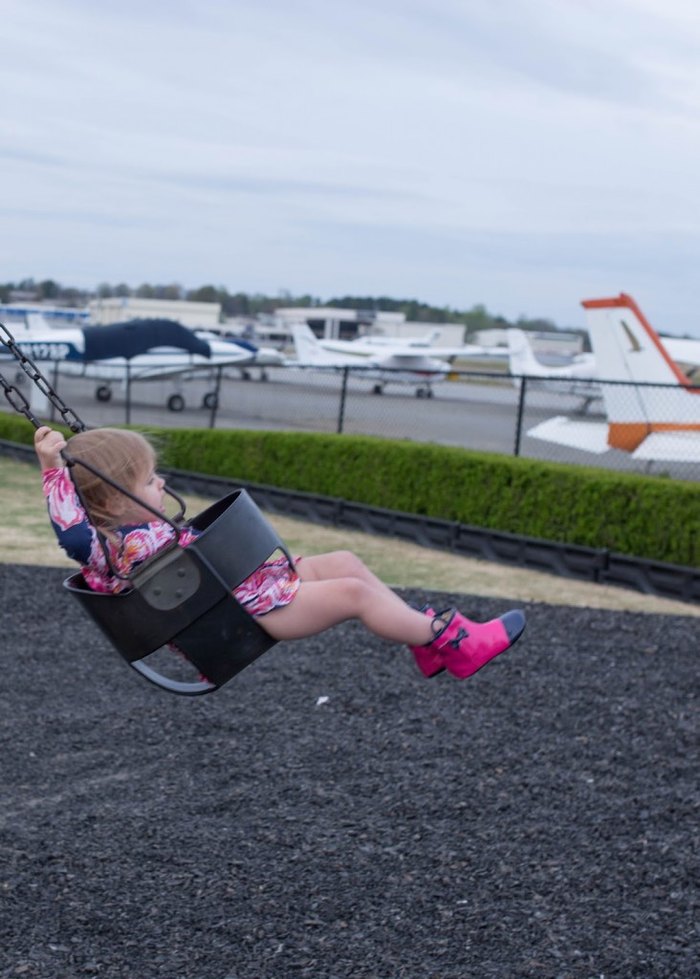 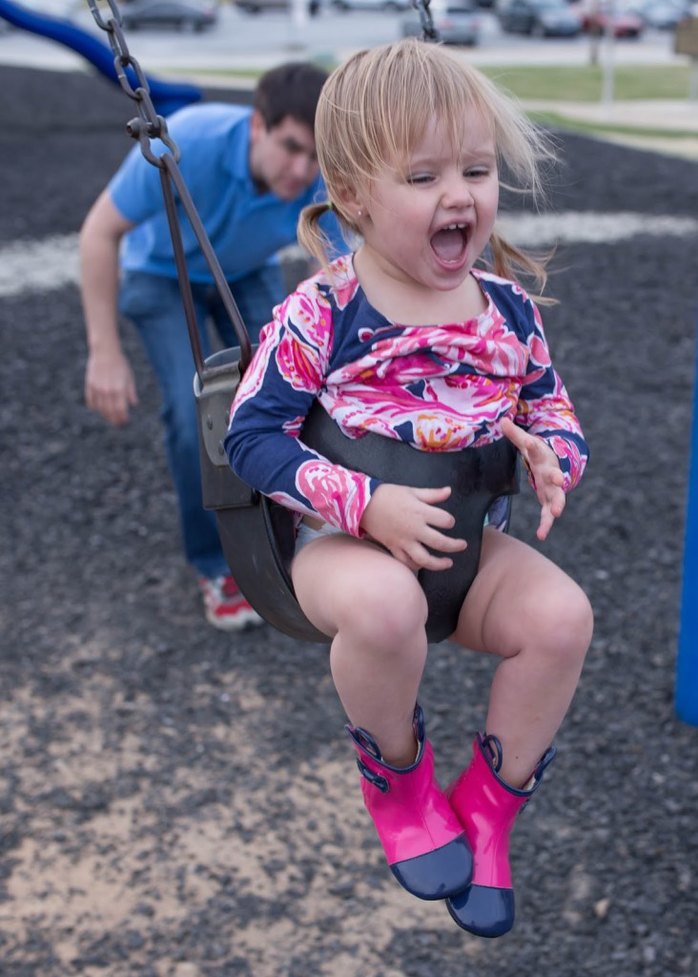 Sunday was the first day of Spring but was COLD in Atlanta! We hung out around the house, and Tom even put up our new mailbox (seriously, it’s the little things when you get to our age). We decided to do an early dinner at a pizza place near us that people rave about that we hadn’t gone to yet (it totally lived up to it’s reputation) and then got ice cream at Maddie Grace’s favorite “choochoo” ice cream spot. They serve it out of an old train and it’s right along train tracks so yes, once again a toddler’s dream. It felt wrong to eat ice cream when it was so cold outside. but Maddie Grace still loved it. 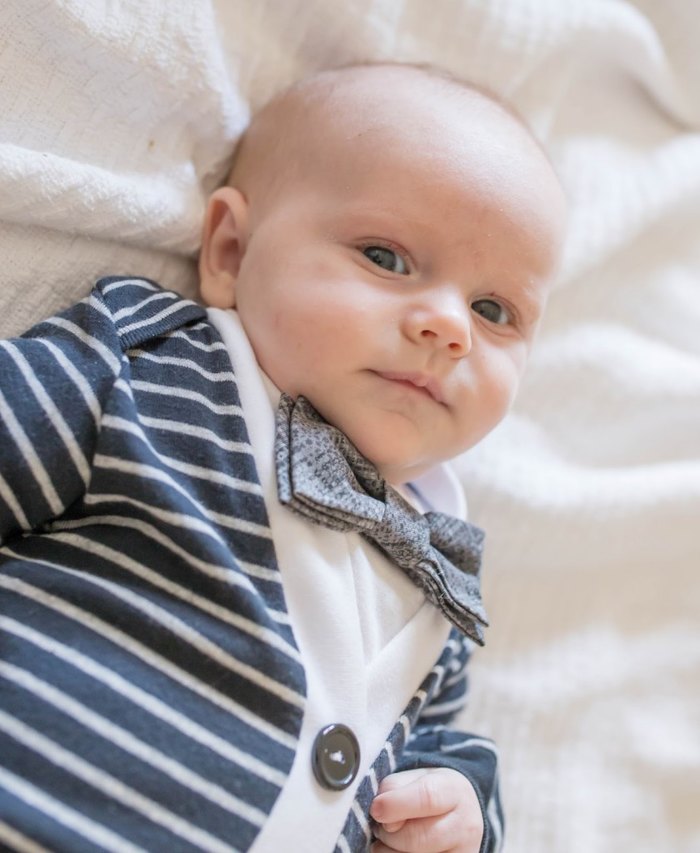 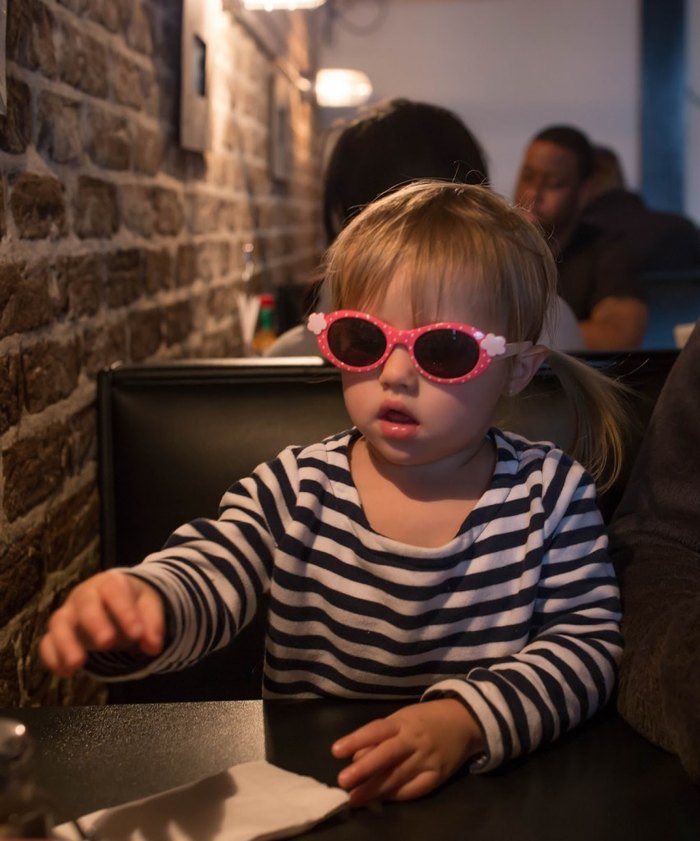 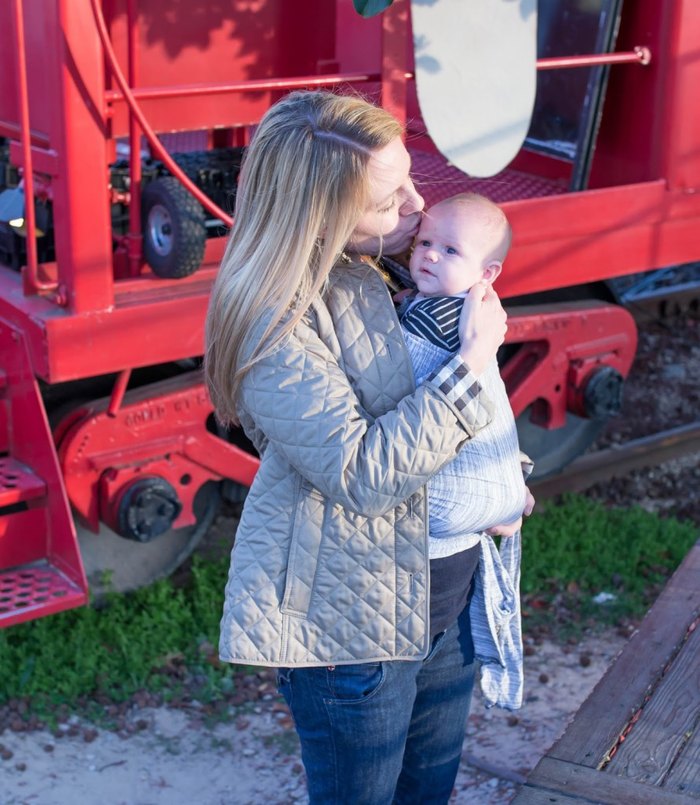 And now we are gearing up for Easter festivities which is exciting! I’ve got the outfits together, and we have an Easter egg hunt Wednesday and two on Saturday that we are looking forward to, and it’s supposed to be warmer all week so we can’t wait to get back outside for some play dates.