Oh my sweet Trippy. A happier, sweeter, snugglier baby has never existed. He makes my heart melt in ways that I didn’t even know were possible. 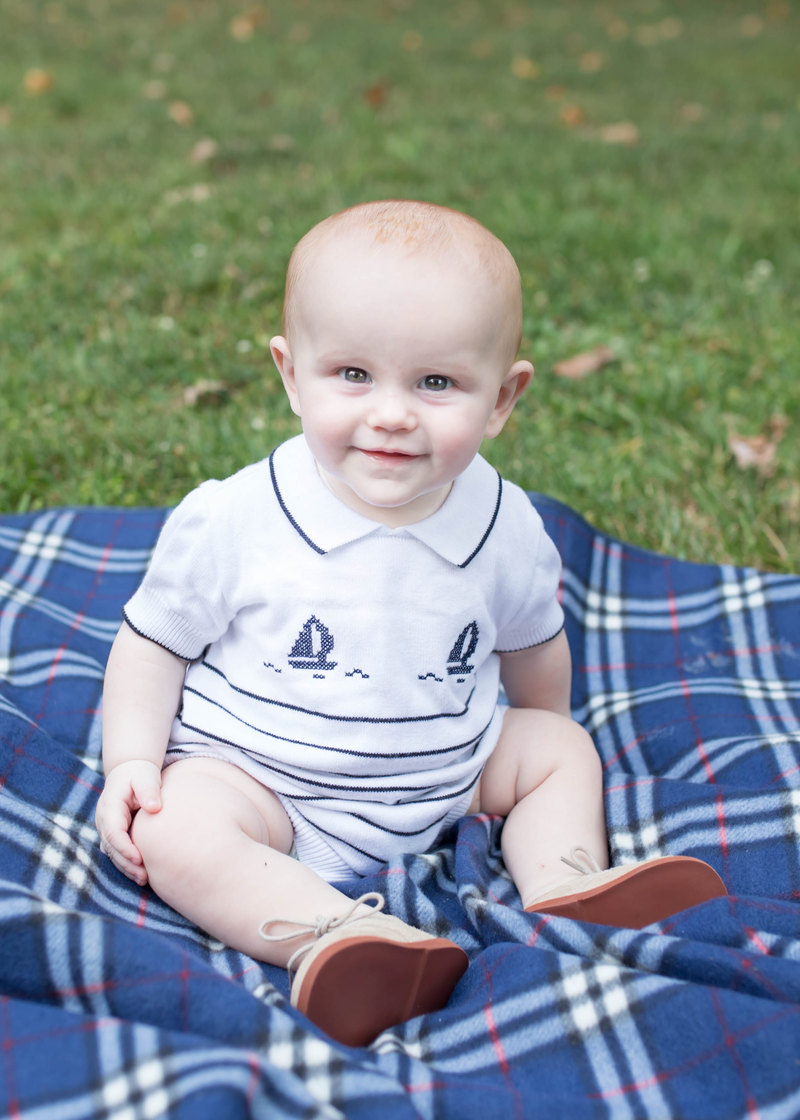 Tripp now sits up on his own, he can roll himself to wherever he wants to be, and loves playing with any toy he can get his hands on. Bouncy seats are his friend and nothing, nothing makes him light up like watching his sister dance around him. He’s so content all the time. Maddie Grace couldn’t be left with alone with anyone other than me at his age. She still has attachment issues and freaks out when left places. Tripp doesn’t seem to care at all – as one of the girls at the gym childcare said “he’s just chill.” 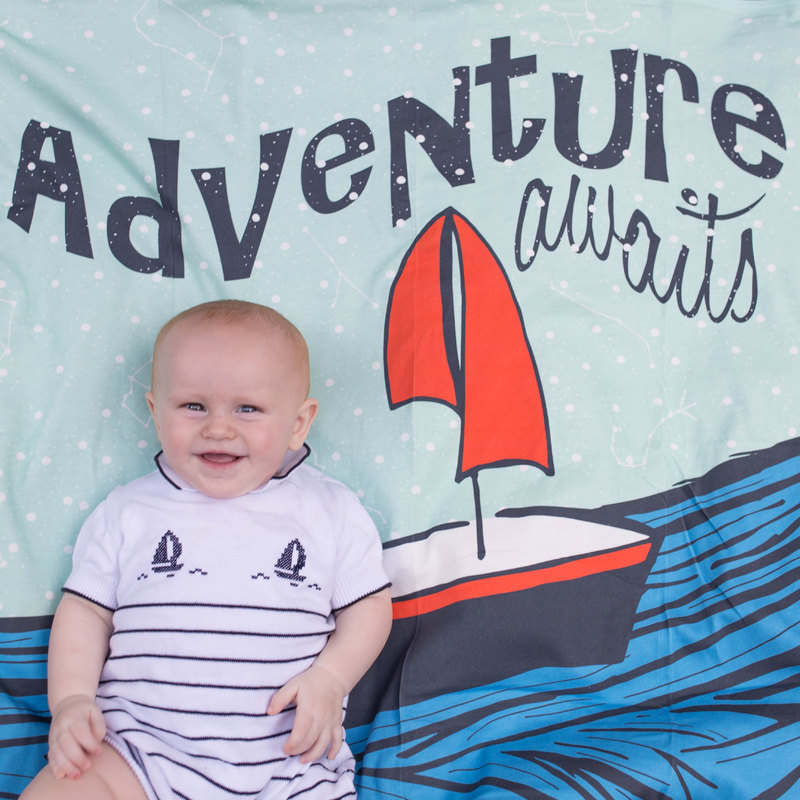 He never developed quite the juicy rolls that Maddie Grace had at his age. He has chunky, delicious thighs and some rolls – but Maddie Grace we had a hard time keeping her rolls clean because there were so many and we don’t have that problem with him at all. In fact he only has one chin – he definitely doesn’t get that from me.

Tripp also is not a water lover like his sister – at least not yet. He’s starting to like bath time a little more now that he’s learned the joy of splashing in the tub, but he still isn’t a big fan and he wants nothing to do with the pool or water at the beach.

Tripp has become quite the wubbanub thief in our house. He will be sitting next to Maddie Grace and reach over and grab hers and have it in his own mouth in half a second. She steals his right back but I think it’s funny how he does it. He loves it when I read him books, playing airplane, and laughing as much as possible. 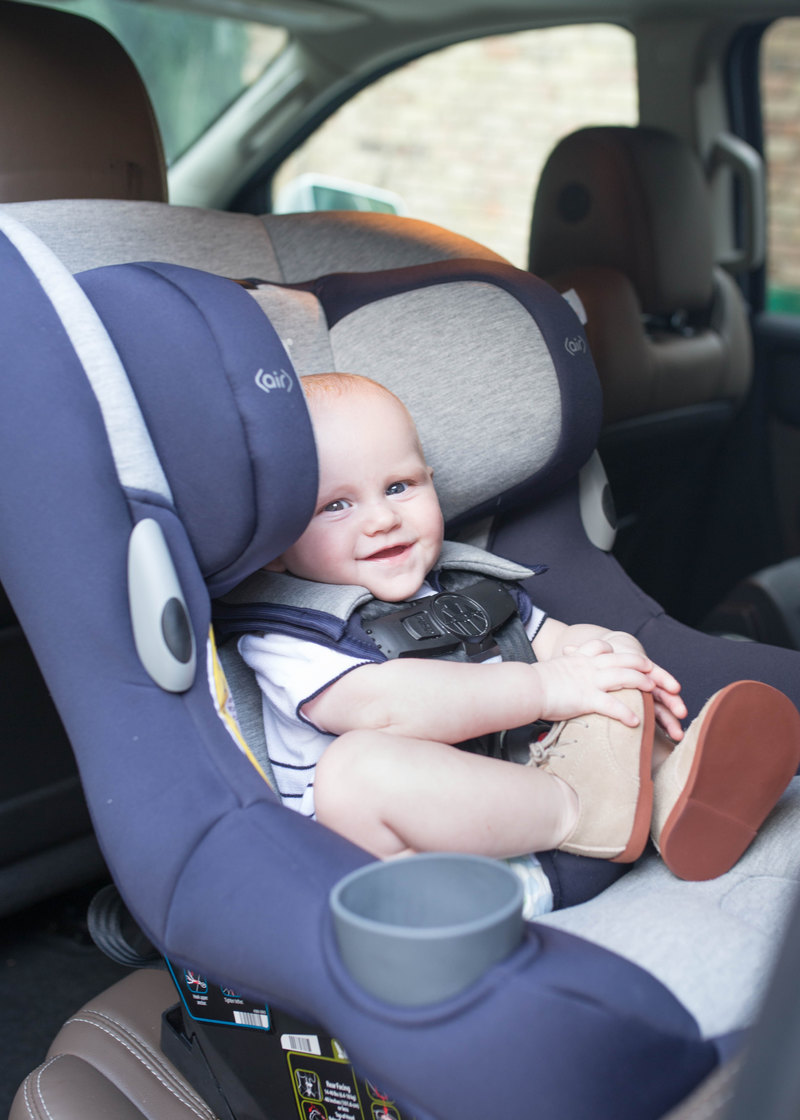 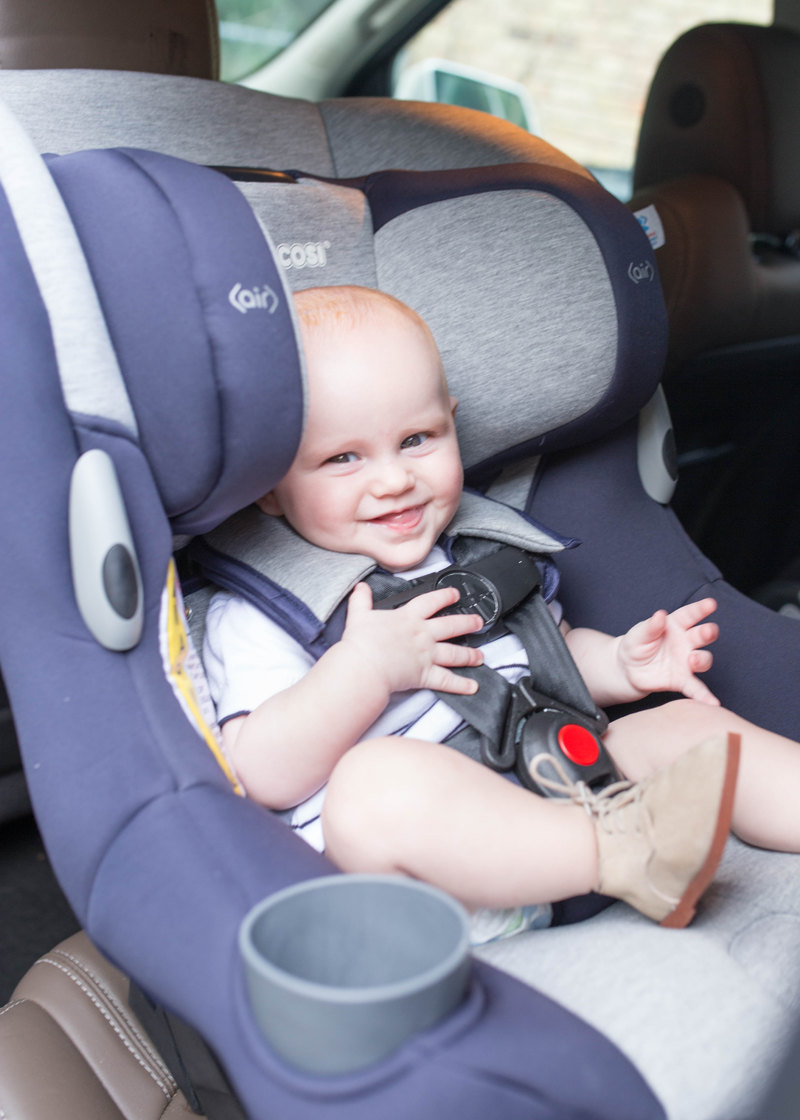 We’ve also gone ahead and switched Tripp to a convertible car seat in my car. He has a tendency to hate being in a car seat, and while sometimes he falls asleep in the car he wakes up the second the car stops and I hate carrying around the infant car seat . I went with the Maxi-Cosi Pria 85 seat for him. Not only is the car seat adorable, but it’s both comfortable for him and extremely safe (the most important thing). This seat is made with premium fabrics and cushioning, is made to fit in smaller cars, and has padding that’s easy to come off and go in the wash. Instead of having to reweave straps as your baby gets bigger there is a handle to slide the straps up and down to make the seat fit you child perfectly. The Pria 85 fits a child rear facing up to 40 pounds (we are all about extended rear facing) and forward facing up to 85 pounds which is insane. You can tell just by looking at the seat that it offers extra protection around the head which is where it is most needed.

I mean, I want to be able to ride in this seat. But I can’t so instead I’ve teamed up with Maxi-Cosi to let one of my readers have one for their child. This amazing car seat is worth $299.99! Enter using the form below and head over to my Instagram for even more entries!

*Thank you Maxi-Cosi for sending me a complimentary car seat. Regardless all thoughts are my own and I only recommend products I truly love.