Several people have asked me why Brač Island – of everywhere we could go what drew us to that one location, that most of our friends and family have never even heard of. Well it was easy for us. We wanted to go somewhere on Croatia’s coast, as it is my favorite country in the world. I first went to Croatia on a high school spring break trip my senior year, where we spent time all along the coast. Then I studied abroad in the country in college, traveling all over the country. We had already purchased flights into Frankfurt, and knew since we would have a layover there we wouldn’t want another layover. So we looked at direct flights from Frankfurt that went to different cities along the Croatian coast – the only city with a direct flight that worked with our initial flight was Split. We looked at the hotels and property rentals in Split and nothing really felt right, so we started looking at the different islands off of Split. We found a place where we could stay beachfront for a great price on Brač Island, knew that there was plenty to do there, and decided to go with it. It ended up being perfect. 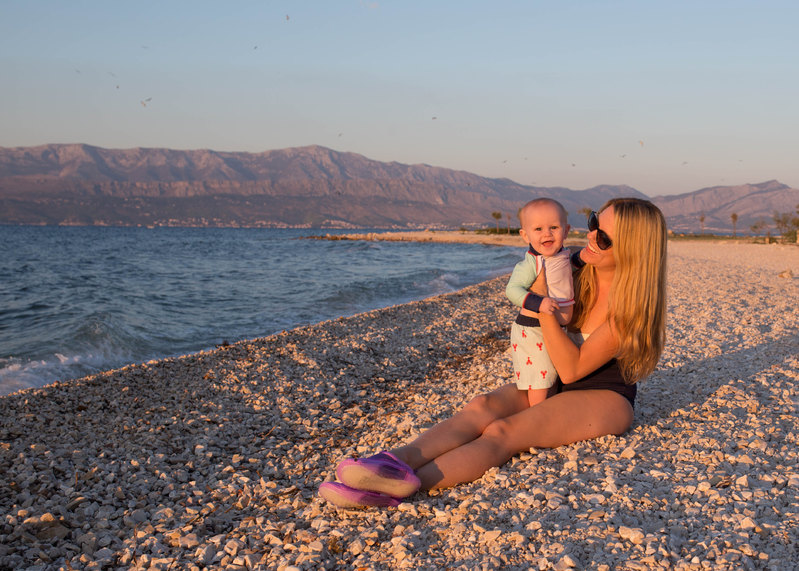 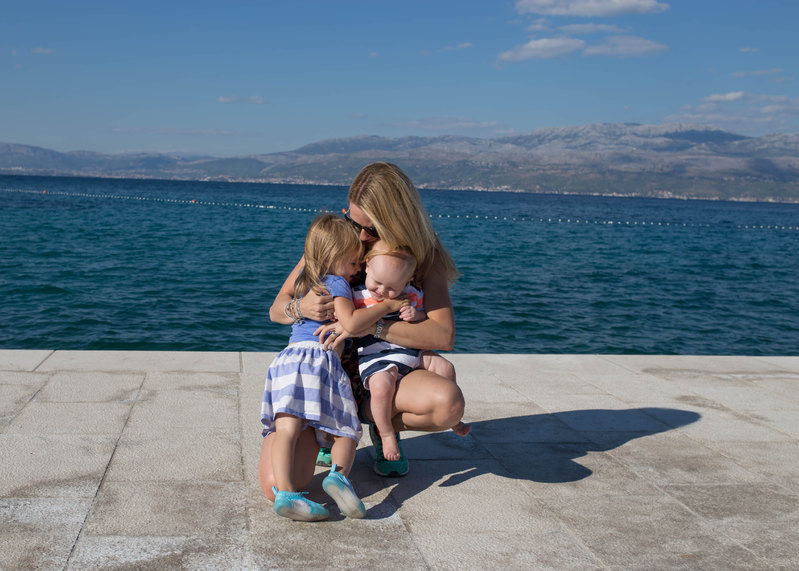 The Croatian coast is somewhat easy to get to. You can find flights out of major European cities using any online travel site, but they are staggered on days and times, with much more during the summer months. The flight from Frankfurt to Split was easy and smooth, from there we got a taxi to the ferry, took a one hour ferry from Split to Supetar, and then a taxi to our property which was about a 3 km walk from Supetar.

Brač Island is actually a pretty large island with several cities on it worth going to. Supetar seemed to be the main port and is a picturesque little town with a lovely cathedral and lots of restaurants, bars, and little shops. Just about everything in Supetar is waterfront and the views are unbeatable. We really enjoyed being close to Supetar and would totally stay in the area again. Another big city is Bol, which has a famous triangle beach that I visited while studying abroad ten years ago. We ended up not making it over there during this trip and I really wish that we had. There are several other cute port cities that would be nice to stay in, and inland cities where you can see how wine and olive oil is made, which is one activity we really enjoyed. Brac has plenty of grocery stores (we found one almost every block) and pretty much anything you might forget and need to buy you can find somewhere close by on the island.

Brač Island has the perfect mix of history, beauty, shopping, art, relaxation, and activities for the adventurous. There is kayaking, hiking, snorkeling, scuba diving, boating, and so much more to do. Plus there are plenty of excursions you can do out of Brač – the ferry to Split comes every hour, and in Split there is tons to do. The city was built inside the ruins of Diocletian’s Palace and history is just everywhere. There is also a castle where Game of Thrones is filmed that we wanted to get to and just didn’t have time so it’s first up on our list for next time. There are also boat trips that hop to all the islands, ones that take you to Dubrovnik, Plitvice lakes, or the Blue Caves – which are all amazing. But honestly, I would have been happy just being at the beach every day. I mean, look at this. 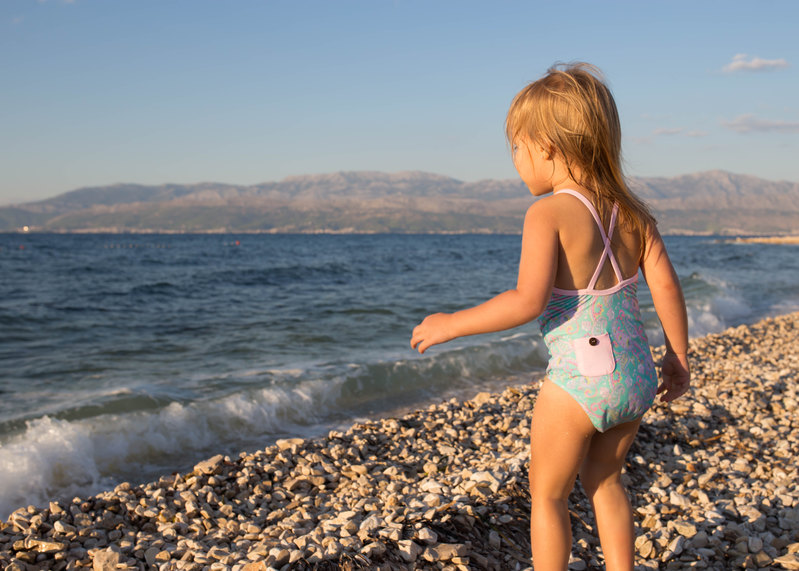 And here are some pictures from Split: 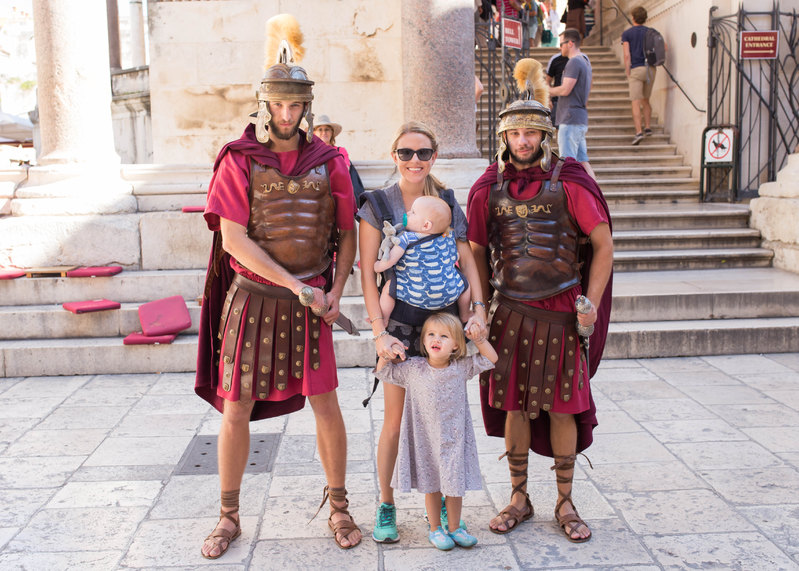 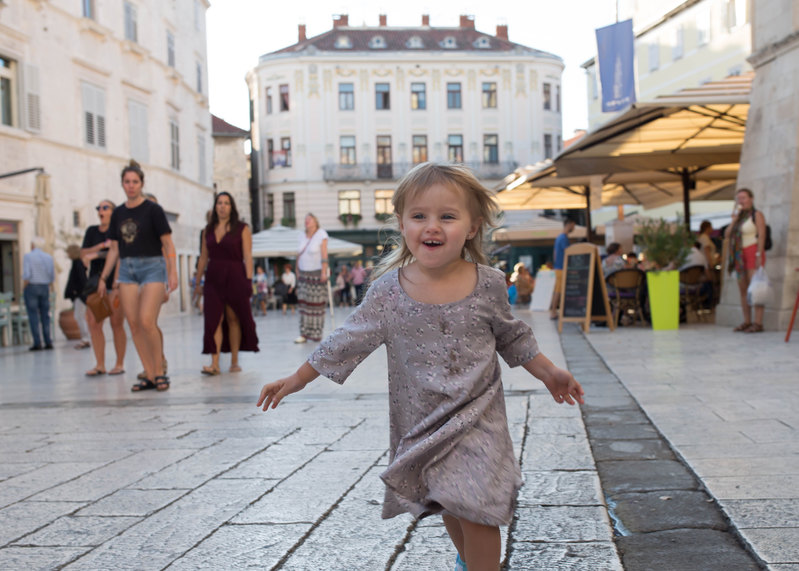 Everywhere that we ate was delicious. The seafood was a hit for all of us – even Maddie Grace who apparently loves fish. My favorite thing was the grilled squid that everywhere seemed to have, or one of the risotto dishes that are popular at Croatian restaurants. And then there is the gelato. Best ice cream I’ve ever had, easily! 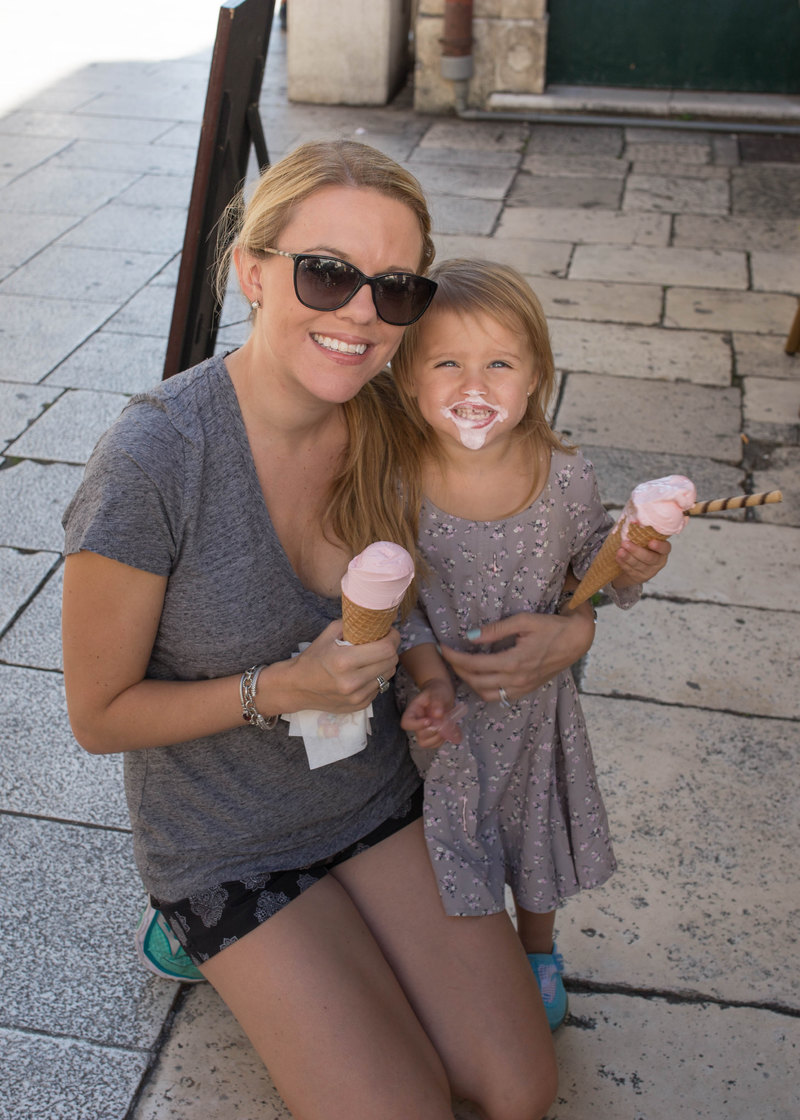 The summer months get hot and crowded in this area so I really thought we went in the perfect time of year in late September. It was warm (upper 70’s) during the day, we could still get in the water, but cooled off at night. I also definitely preferred staying on Brač over Split, especially with kids, as it is quieter and the setting is so breathtaking. Where we stayed was great – we had an amazing view from our balcony, it was super quiet, the beach was practically private. And the walk into town gave us exercise and had some pretty stunning views. 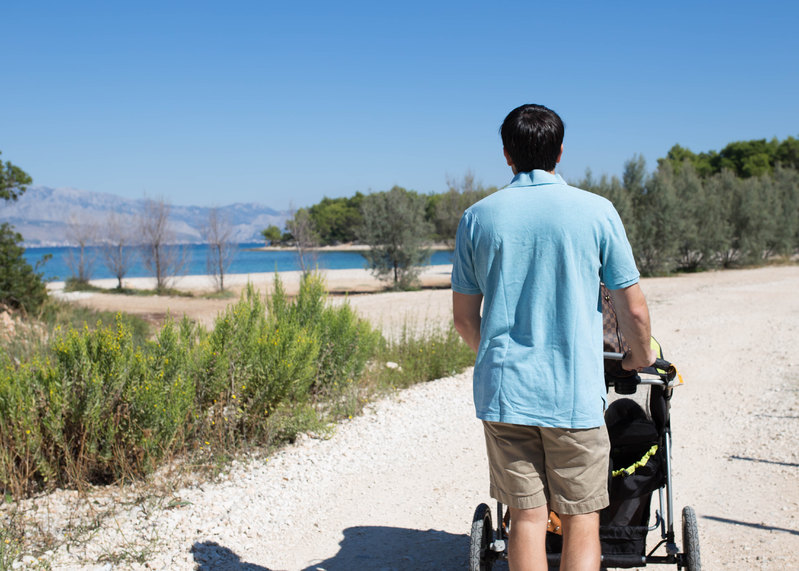 We spent 5 nights and had and had an amazing time, and are certain we will go back!