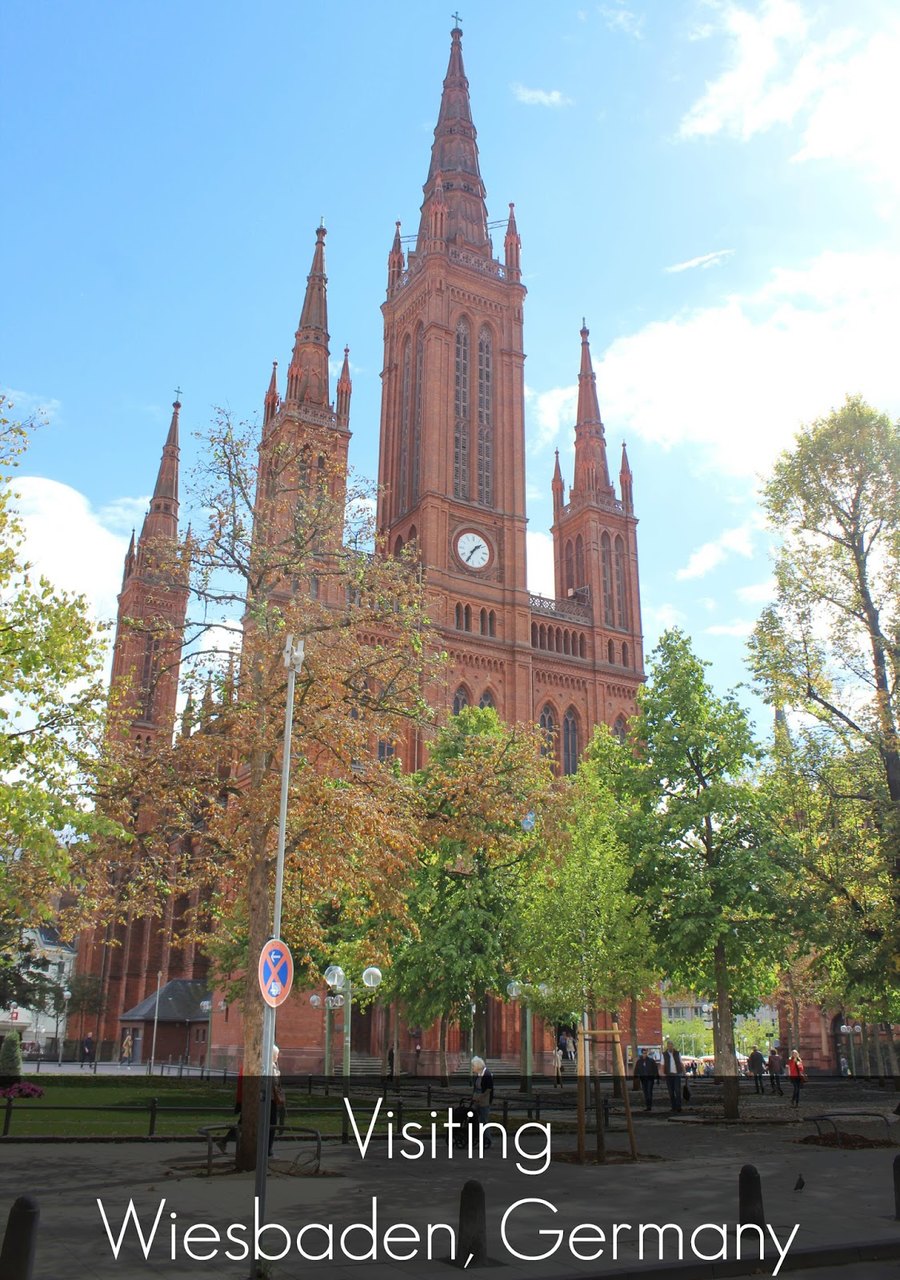 Our trip in September was actually Tom and mine’s second trip to Wiesbaden, Germany. Unless you have some strange connections, or family members who are in the United States Army, it’s unlikely that you’ve heard of Wiesbaden. But this gorgeous city located slightly west of Frankfurt is definitely worth a visit, whether you stop in for a day or stay a while. 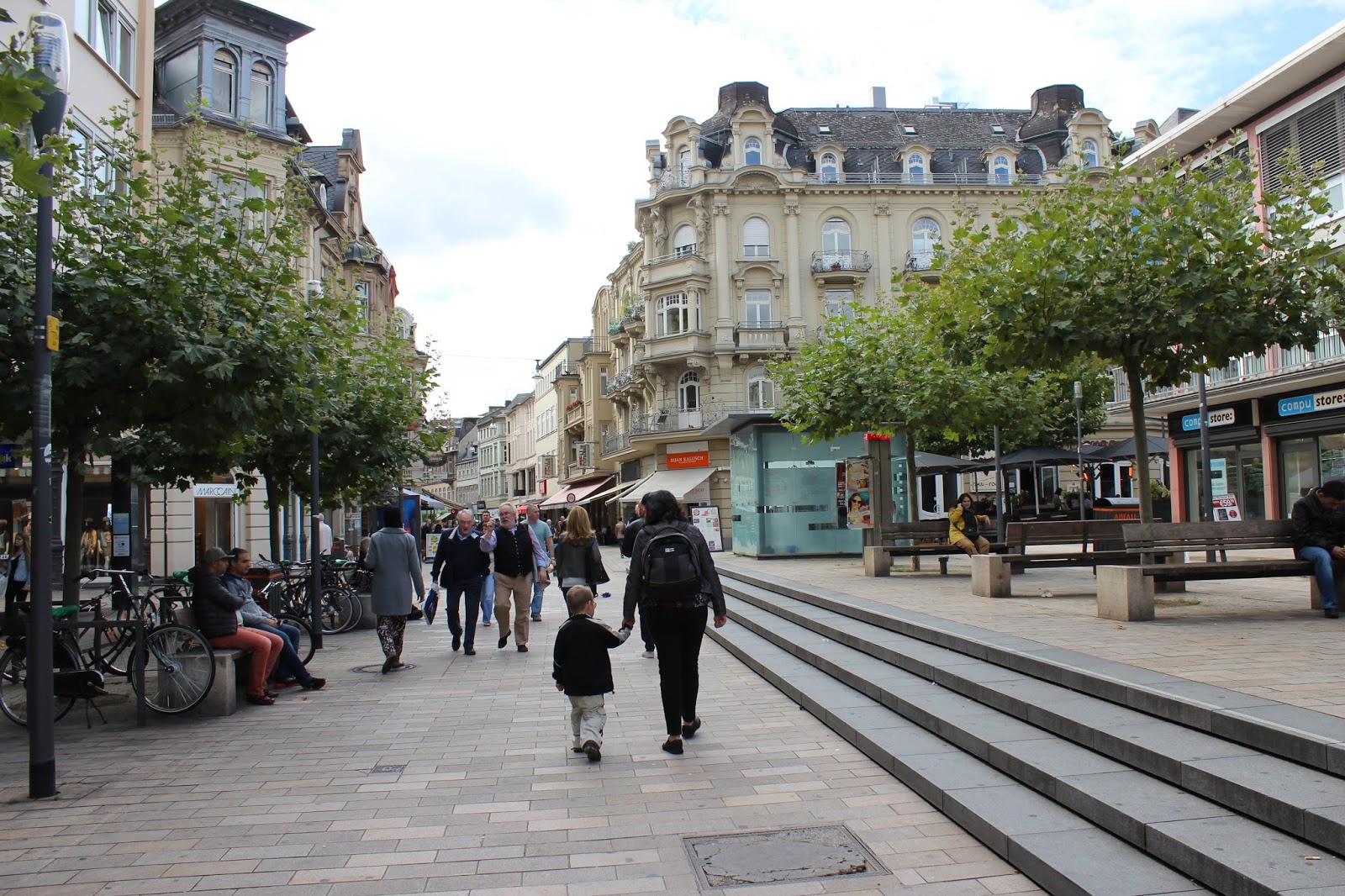 Wiesbaden sports gorgeous architecture, fantastic shopping, hiking, and culture galore. Because Wiesbaden wasn’t bombed heavily in the war, it has a lot of architecture from the 19th century that other cities in the area lack. You’ll even see some Roman ruins that were built in 6 AD while wondering the city. Wiesbaden is one of the oldest spa towns in Europe, proof of which you’ll find in the hot springs steaming up in the city.

Wiesbaden has a great pedestrian only walking zone full of shops, restaurants, and pubs. Also in the downtown area you’ll find the Palace Square, with the Town Hall and Marktkirche, an ornate protestant church around which the market sets up on Saturday’s. You’ll also find the gorgeous Kurhaus, which now houses a casino, and the State Theatre and Opera House which hosts many great theater and music products. The Museum Wiesbaden also merits a visit, although we found that not many signs were in English so it was hard to follow along.

Just north of Wiesbaden is the Neroberg, a small mountain with hiking, playgrounds, and even a restaurant at the top. The view of the city from the top is beautiful and well worth the trip up. If you aren’t a hiker there is also an old train, the Nerobergbahn, that will take you to the top, or you can also drive. There is a really impressive Russian Orthodox Church that is located on the Neroberg.

Wiesbaden seems to have a different festival going on all the time. While we were there the Stadtfest (City Festival) was going on from Thursday – Sunday, and some type of apple festival was also happening on that Saturday-Sunday. Everyone in the area flocks to these festivals – there was food stands, live music, rides, animals, and more.

Another great part of visiting Wiesbaden is that it’s an easy train ride to a lot of other cities and attractions in the area. Mainz, which houses the Guggenheim museum, Frankfurt, Heidelberg, Strasbourg, as well as many other small towns along the Rhine River – there are a lot of vineyards in this area that you can hike through and then relax with a glass of wine.

My mom is moving back to the states after living in Wiesbaden for 3 years – but we still have an excuse to visit this amazing place as my cousin and his family will still be there. I’m so glad that we have had the opportunity to explore this city we probably would not have stumbled upon without having family there! Next time we go I’ll use Expedia to easily get flights and find a place to stay!