Oh breastfeeding. Such a natural thing to do and a beautiful bond to have with your baby. I know I’ve said it before but I think it’s worth repeating, I never planned on breastfeeding. In fact, I had formula on our baby registry for Maddie Grace. But when I became a mom everything changed and I realized how amazing breastfeeding is. We’ve been traveling a lot but thank goodness for my Boppy® Best Latch™ Breastfeeding Pillow and Nursing Scarf for breastfeeding on the go! Here are 5 myths you might have heard about breastfeeding: 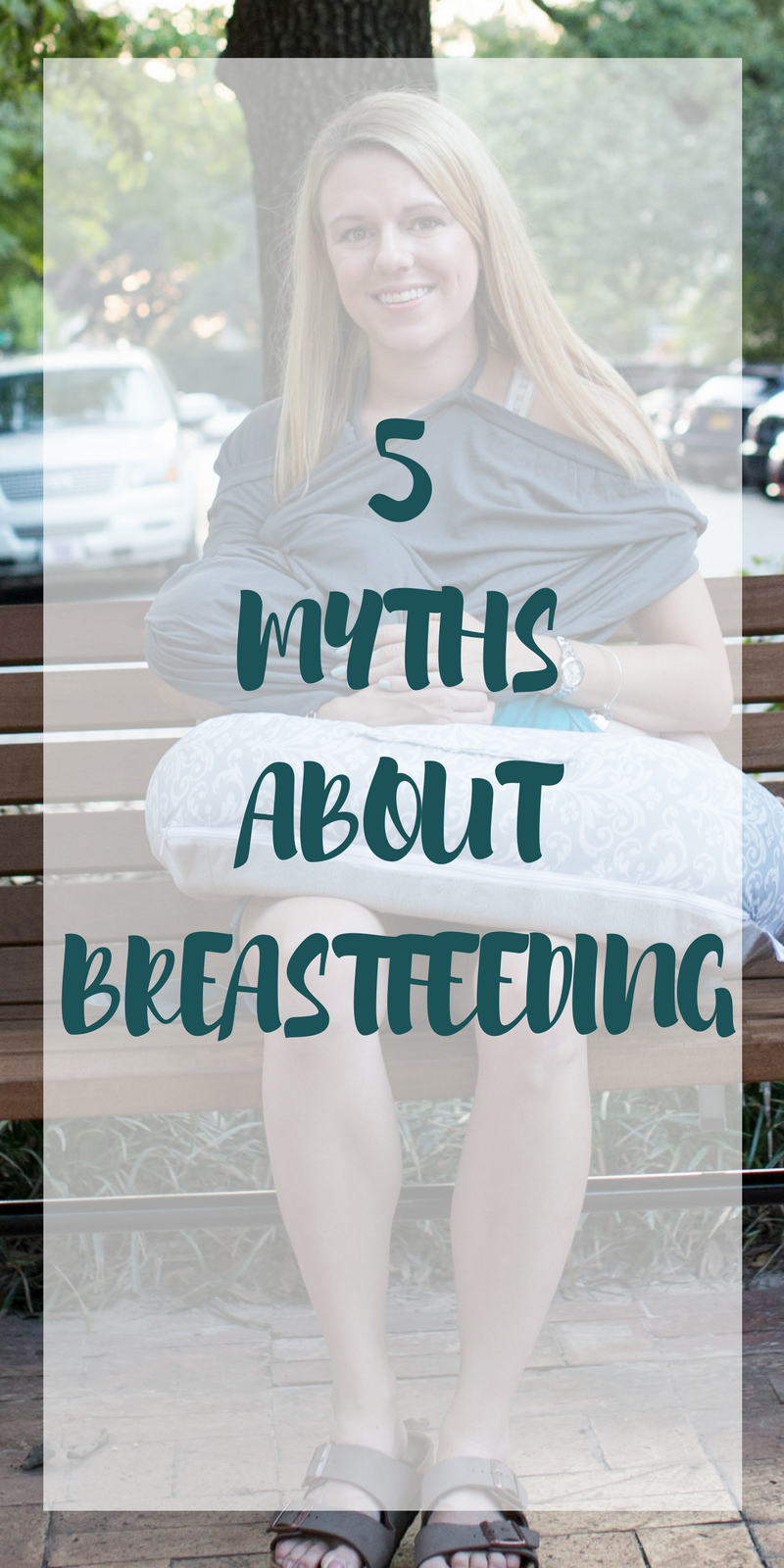 (1) It’s easy. Breastfeeding for most people comes with a lot of struggles. In fact, the first two weeks of nursing will probably be one of the most incredibly painful things you do. I thought it would be easier with the second and it wasn’t. For me with both babies once I got through that 2 weeks it wasn’t painful anymore but some women struggle with pain the whole time they nurse. Some babies have reflux or allergies and moms have to cut out certain foods from their diets. Nursing mothers may have encounters with Thrush, or even the terrible Mastitis, but power through it for their babies which is awesome!

(2) But formula is easier. Sure breastfeeding isn’t easy, but it lots of ways I think it is easier than formula feeding. You can never forget it when you’re out and about. When baby gets hungry and you’re at a play date you can just sit down and feed them. No worrying about finding sterile and warm water. Breastmilk is always the perfect temperature and ready to go! Also when your baby wakes up at 2 am and is hungry instead of walking to the kitchen to prepare a bottle you can nurse them in the comfort of your own bed, which is pretty amazing.

(3) If they can ask for milk they are too old to be nursing. This one always irks me. At 7 months old my son can crawl over and pull on my shirt when he wants to nurse. Does that mean he’s too old? Maddie Grace could do the sign language for milk when she was pretty young but definitely still needed breastmilk. Plus we now know that their are many health and emotional advantages of breastfeeding children into toddlerhood. I think the right age to stop nursing is different for different kids and moms, but there is no need to stop just because they can ask for it.

(4) You probably won’t make enough milk and should supplement with formula from the start. This one always irks me and is where many women end breastfeeding because they are ill-informed. And that’s not to say that some people don’t make enough milk. Some women don’t produce enough milk and have to supplement with formula. But for the most part women’s bodies were made to produce enough milk for their babies! Breastfed babies are often smaller than formula fed babies, and if it concerns a pediatrician than their advice should be followed regarding supplementing, but there is nothing wrong with just being a smaller baby. Also many women think that how much they can pump is how much they produce when babies are way more efficient than pumps. I can hardly ever pump more than 1 ounce but I know my baby is getting much more than that when he nurses or he would be starving! 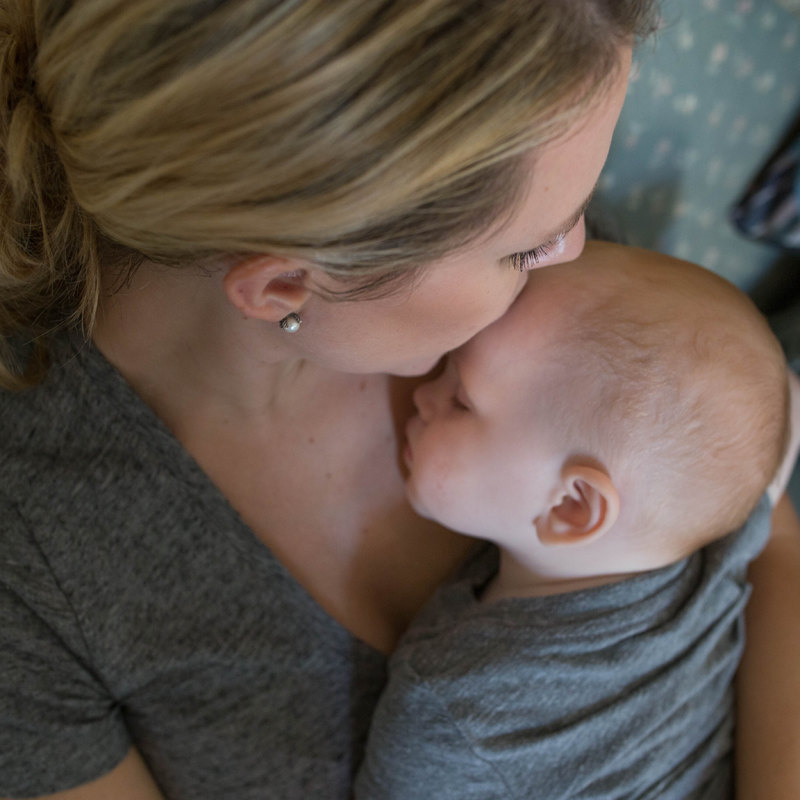 One product that has been huge in our breastfeeding journey with Tripp is the Boppy® Best Latch™ Breastfeeding Pillow! I had an original Boppy® pillow with Maddie Grace that I loved, but was happy to upgrade this time around. It has two distinct surfaces, one with a firm surface and stable platform for support while nursing that is perfect for the newborn stage, and a softer side that is great for when babies get older. It also has a great strap for traveling which many other nursing pillows lack. Since I like to use a cover in public (but think ladies who nurse in public without a cover rock) I always use my Boppy® Infinity Nursing Scarf which I love because it has mesh cutouts for me to be able to see baby through!  The Breastfeeding Pillow is available for purchase at Babies”R”Us.com, Target.com, BuyBuyBaby.com, and Amazon for $45 in two colors, Kensington Gray or Royal Navy, and the Boppy® Infinity Nursing Scarf is also available at Amazon and BuyBuyBaby.com. 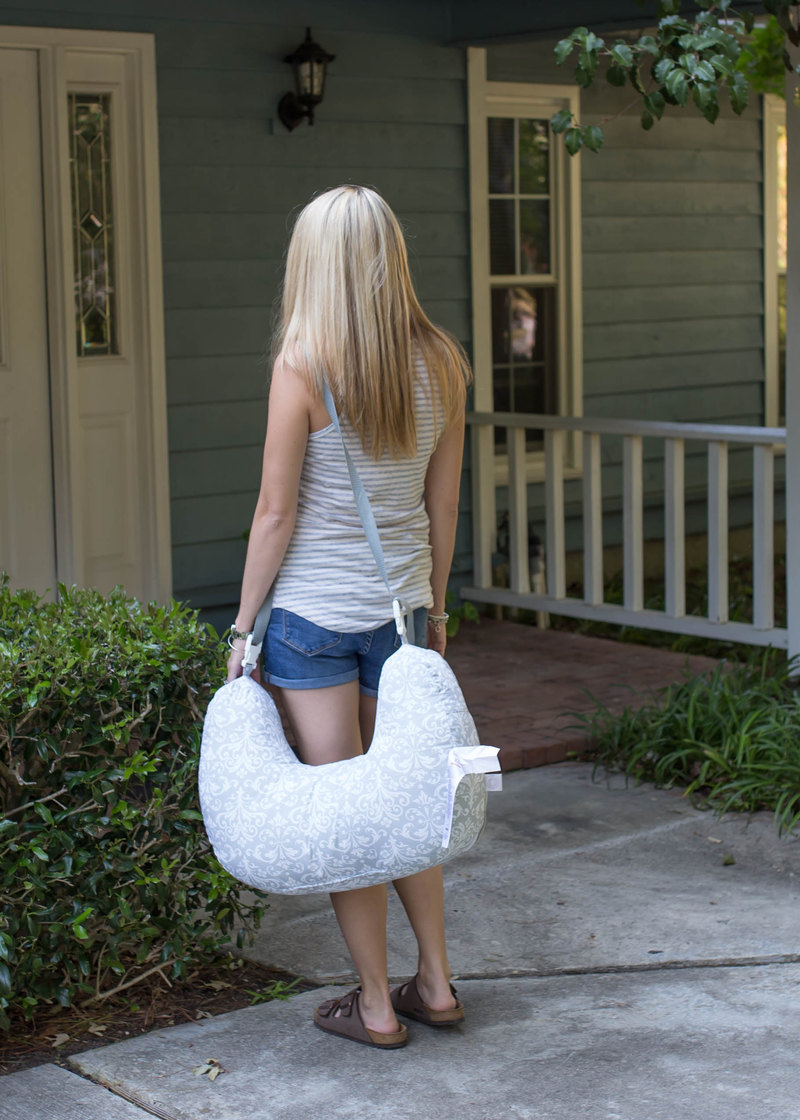 And as much as I love breastfeeding, some women don’t, and that’s fine! A good mom just makes sure her baby is fed one way or another. I think ultimately as moms we should support one another and be understanding that the way other people parent can be different than ours and it doesn’t make them any worse of a parent. We should be building each other up instead of judging each other!

But for those of us who are breastfeeding moms or moms-to-be we are giving away one Boppy® Best Latch™ Breastfeeding Pillow! Enter using the form below – good luck!

This is a sponsored conversation written by me on behalf of Boppy. The opinions and text are all mine.

« Atlanta Falcons Style
How to Create a Safe Play Space »